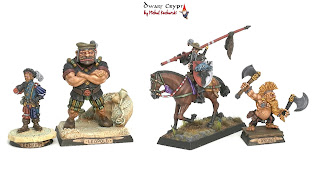 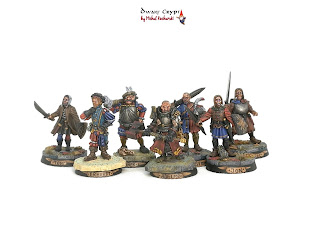 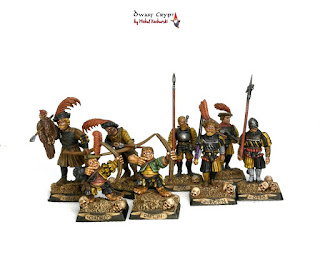 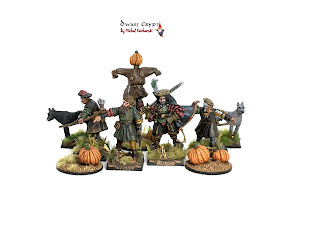 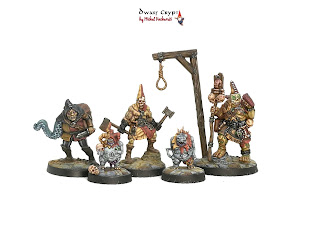 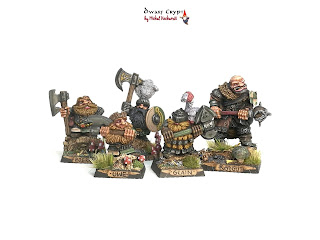 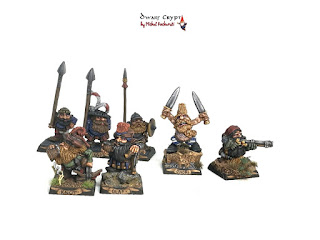 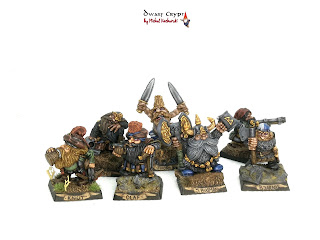 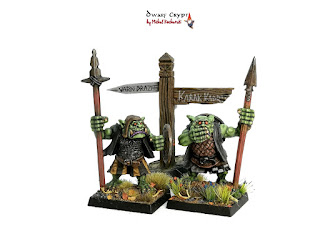 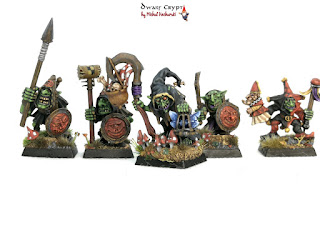 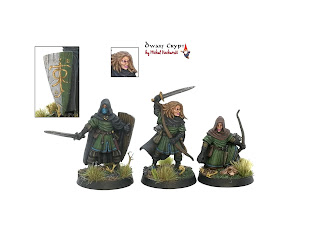 Hello!
I invite you to the post dedicated to Gildor today, one of the elves that Frodo meets on his way to Mordor.
The occasion was to paint three metal light archers from the Oathmark Elf Light Infantry Champions set.

The miniatures look great in my opinion - they are not heroic fantasy with exaggerated weapons and clothes. They are so more real.


"Courage is found in unlikely places."
-Gildor to Frodo
Gildor Inglorion
Was a Ñoldor Elf met by Frodo Baggins on the edge of the Shire, at the beginning of Frodo's venture out of his home.

On September 24, 3018, Gildor and a company of Elves were passing through the Shire, singing as they walked, and without realizing it they caused a Nazgûl who was seeking Frodo to flee. Gildor recognized Frodo, though they had never met, for he knew Bilbo.
He invited Frodo, along with Sam Gamgee and Pippin Took, to spend the night in the Elves' company. To the three Hobbits, Gildor and the Elves appeared to shimmer as they walked through the nig…
Czytaj więcej / Read more» 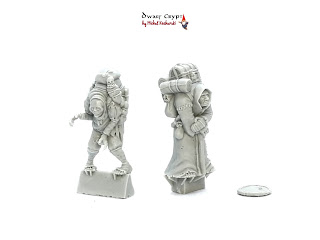 Hello everyone!In the last two weeks, I got some very nice models that would be worth unpacking for the blog.
At the outset, let me say that the new blogger sucks. I definitely don't like this new post maker.Returning, to the heroes of today's entry.
Every time I receive something from Paweł from Rotten Factor, I melt in praise!
It is no different this time.
The excellent quality of resin castings goes hand in hand with a very nice sculpture.The figures will be used as Dreg and Ghoul for the emerging Undead band for MoRdheim .. (but about this project for some time)https://rottenfactory.eu/
https://www.facebook.com/ROTTEN.FACTORY/ 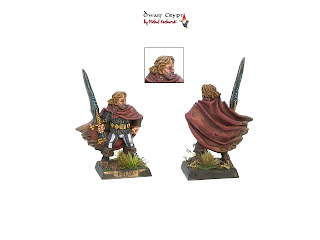 Hello everyone!
I present a cult character from the world of Warhammer today (no, not Age of Sigmar, but a real Hammer) and one of my favorites from this universe.
I painted him again after over 20 years. I chose a classic look, as described in the books about the adventures of Gotrek and Felix. I heartily dislike any shit-green coats and other nonsense. Felix must be Felix :)
Invite!

Felix Jeager came from a wealthy merchant family. As the son of an influential merchant, he lived a carefree and fun life. He studied at the University of Altdorf to become a poet in the future. He was also a good swordsman and loved to duel.


His and Slayer's paths crossed after a series of unfortunate events. During one of the duels, he accidentally killed one of the students. The consequence of this was expulsion from the scholars and disinheritance by his father.

Felix's next prank was to participate in the protest against the window tax. To chase the crowd, the authorities sent the E…
Czytaj więcej / Read more» 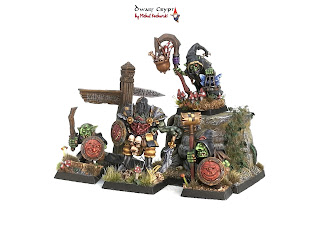 Hello everyone!
There have been a lot of entries recently devoted to long-bearded gentlemen, so today, for the sake of balance, another greenskin for my Night Goblins band from the fallen dwarf fortress Karak-Azgal.
A mercenary - the Black Orc - will join the already painted shaman and a few goblins.
Using an ordinary Black Ork from GW would be too easy, so my Mercenary Blade will be a Rotten Factory mini (as far as I can see, it is no longer available for sale, so the better this unique piece will look in my collection).


History. Part I.
Karak Azgal, formerly known as Karak Izril, was once an exceptionally wealthy dwarven stronghold that was conquered by greenskins and skaven.

When the world was still young, the dwarf strongholds beneath the World's Edge Mountains stretched from Karak Vlag in what is now Kislev to Karak Zorn in the south.
The dwarf dug the mountains for rich deposits of precious stones and metal ores, especially gromril. Anyone who dared to get in their way - an…
Czytaj więcej / Read more» 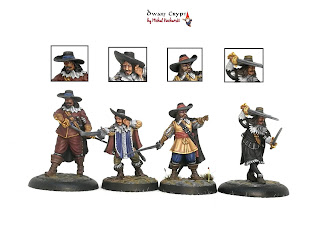 Today it's time for the cherry on my French cookie in the form of the last missing musketeer whom I painted. D'Artagnan joins the Royal Musketeers team.

Royal Musketeers.
... or the Musketeers of the Guard. It was a French military formation, being a guard of the King of France. Like the dragoons, this formation could fight as a light cavalry or infantry. It was popularize…
Czytaj więcej / Read more»